The Fort Matanzas National Monument lies on Rattlesnake Island next to a small inlet opposite the south end of Anastasia Island, on Florida’s Atlantic Coast. The masonry fort made of coquina block stone, was constructed in 1740-42 as a means for Spain to protect against British invasion into La Florida. Due to the fort’s age and continual exposure to natural environmental and anthropogenic factors, the construction has persistently deteriorated and its structure and materials require constant maintenance and restoration. The weight of the coquina stone and erosion of foundational support have led to significant, uneven settling or sinking of the foundation into the sandy soil. This condition is exacerbated by the wetness of the soil caused by annual rains and the fort’s placement within meters of the river’s edge. The most substantial weight of the structure is concentrated below its vertical exterior walls causing the perimeter of the building to sink deeper into the soil than the center. This circumstance, along with the weakening and deterioration of the subsurface foundation, has caused the walls of the structure to bow and ultimately crack its weakest points.

Besides the foundational breakdown and wall fractures, other structural problems are of concern. The coquina stone used in the fort’s construction is an incompletely consolidated sedimentary rock composed of seashells or coral, and due to continual exposure to natural elements, some of the stone is literally dissolving. The joints bonding the coquina blocks together were originally made with lime-based mortar that, over time, has deteriorated and decomposed from weathering and moisture intrusion. Previous restoration efforts to repair these joints used materials like Portland cement, a material that is now known to cause cracking of the stone and fissuring of the joints.

Three-dimensional terrestrial laser scanning (TLS) combined with imaging and geospatial technologies, offers a rapid and highly accurate means for the documentation, preservation, and restoration of archaeological and historic sites. Results from this project are creating baseline measured drawings, 3D models, and landscape analysis tools to improve and inform management at the site and help in the creation of virtual interpretation and education materials that enhance visitation and learning about this important place. 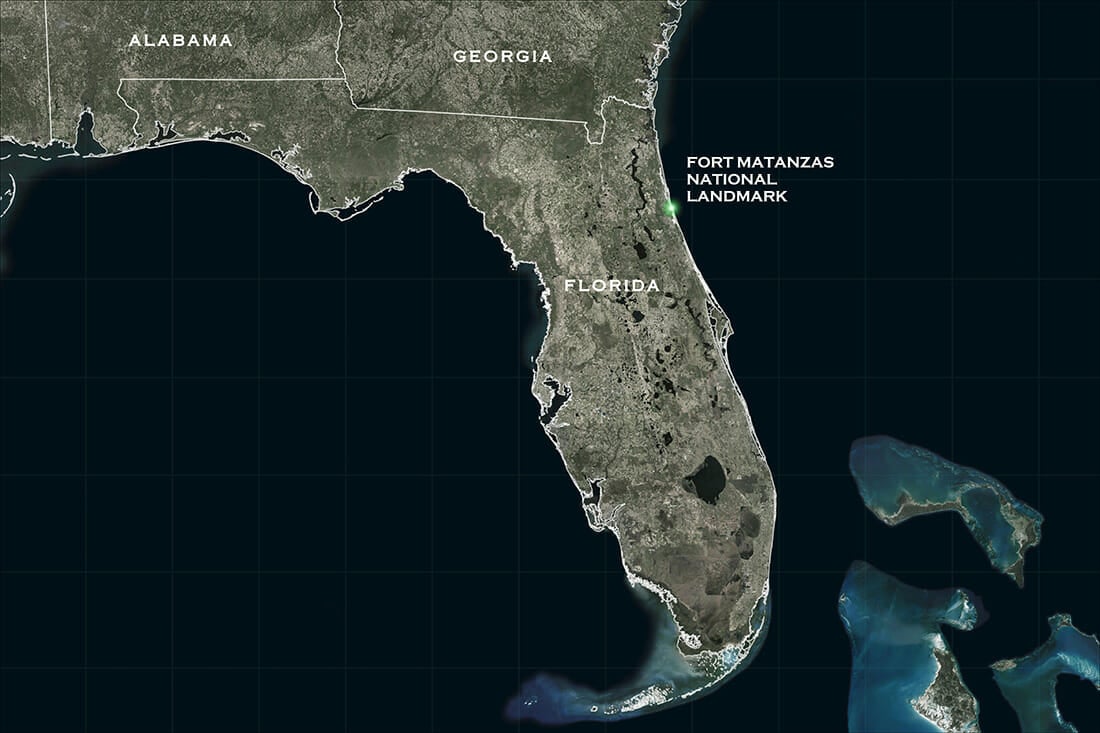 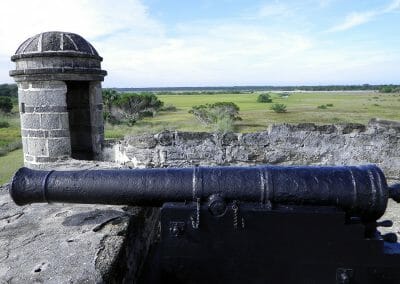 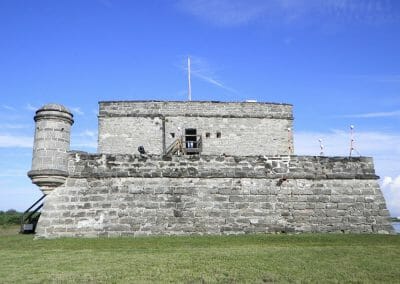 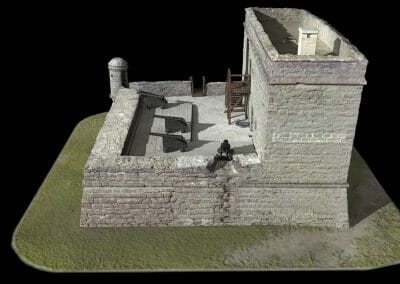 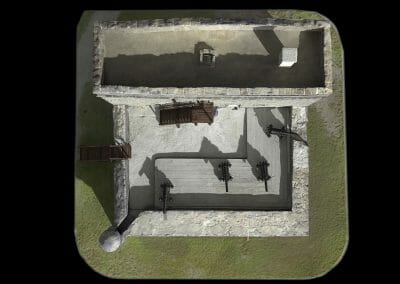 3D Model created for replica and interpretation at Fort Matanzas